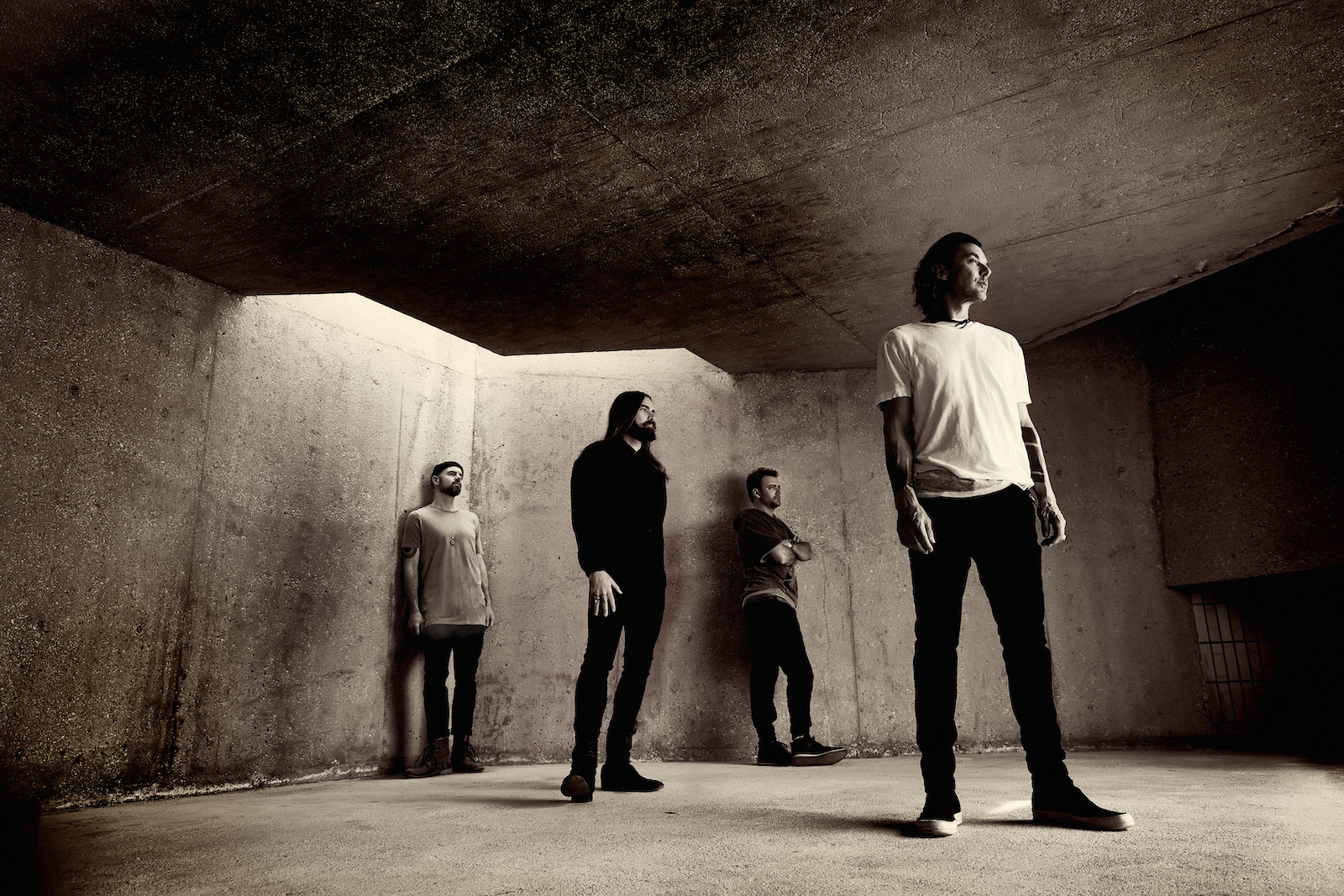 “Nothing is better than doing what you love,” says Gavin Rossdale, and the Bush frontman knows from experience. For near three decades, the musician has been a perennial presence in the annals of rock music — an intellectual and emotional, albeit occasionally misunderstood creative, forever with a hard-charging rock n’roll heart.

And yet some have counted him out. Other have written him off or downplayed his talents. “I consistently feel underrated,” Rossdale declares. “But that’s the most beautiful perspective and position to be in.” Because now he’s primed and ready to flip the script. “I’m on the playing field of my life right now. I’m at the driving wheel of my creativity,” Rossdale says of having cooked up The Kingdom, one of the most hard-hitting, heavy and powerful albums of his band’s career. What sets Rossdale apart from many of his rock-icon peers is a supreme humility -- an awareness not only of his place in the music world but as an overall global citizen. Rossdale is nothing if not a fighter and, to that end, he says “the biggest achievement we’ve ever accomplished” is Bush’s longevity. And one needs to look no farther than their continually selling out large amphitheater’s and sheds across the world as to their sustained popularity. Most important to Rossdale, Bush have gotten to this place, he says, “by doing everything our way and not doing the things on paper that would otherwise make sense.”

Now, with The Kingdom, Rossdale and his band enter a new phase of life, and the singer comes armed not only with a ferocious new album, but also a sense that he’s on his life’s correct course.

“Every time you strike up your creativity it’s basically like new leases of life,” the singer says of the inspiration that came pouring forth when writing and recording the new LP. To him The Kingdom “delineates a new period of time in my career. And it’s so natural,” he says of the 12-track LP, which features bruising lead single “Flowers on a Grave” as well as “Bullet Holes,” the band’s momentous signature track which featured in John Wick 3:Parabellum. “There’s nothing forced about it. There’s nothing disingenuous about it. There’s just such real emotion.”

Music has always been a release for Rossdale, and now as he reflects on a career that’s seen Bush sell close to 20 million records in the U.S. and Canada alone — as well as compiling an amazing string of 23 consecutive Top 40 hit singles on the Modern Rock and Mainstream Rock charts, six of which shot to No. 1 — he says that passion remains the same. “That’s exactly what it still is,” he says of the way music can free his spirit. “It’s a rocket ship out of the madness. A way to get away from all those things that maul us down and hold us back.” At its core, Rossdale says, “Music is freedom to express yourself.”

That’s exactly what Rossdale is doing on The Kingdom. The album features some of the most potent songwriting of Rossdale’s career, highlighted by the pummeling “Flowers on a Grave,” as well as the noise hurricane “We Are Quicksand” which finds him showcasing a vulnerability like rarely before. “It encompasses my present inability to find a lasting significant other,” the singer openly admits of the track’s inspiration. “I like the idea of until you find that perfect love that people are in quicksand in the attempt to find love. How love is implosive because people are so weird these days. That’s a very poignant song for me.” And then there’s “Undone,” a heart-wrenching ballad written in a burst of inspiration that he describes as “very pure” and untainted. “I’m really proud of that song,” Rossdale says. “It has none of the pressure of outside forces and white noise. I stayed true to it.”

In many ways, with Bush’s new album, Rossdale is creating the type of music – and the world – he hopes to see. As he explains, The Kingdom is a utopic ideal – a reaction to a world full of “judgement and self-righteousness and mob mentality and where everyone knows better than everyone else.” “The Kingdom was this place that I imagined where likeminded people could go and be free and artists and musicians and painters and people could think for themselves and don’t hold any judgement over anyone else,” Rossdale offers.

Rossdale calls this vision of his ideal society, “a safehaven,” and one senses that’s what music has always and continues to be for him. That, of course, extends to performing for his devoted fans. “It’s a great release against life and troubles and challenges. It’s elevation,” the musician says of performing songs new, old, classic and experimental. “I’ve never not gone out onstage and tried with all my heart to make it the best show I’ve ever played. You have a responsibility to the legacy of the band and the fans and anyone who has ever believed in you.”

Rossdale has been around the music business long enough to know it’s about steady growth and sustained creativity. Many years back, not long after the band came roaring out the gate with towering back-to-back smash albums, 1994’s epic six-times platinum debut, Sixteen Stone and 1996’s triple-platinum Razorblade Suitcase, “I took away all the expectation and pressure from my career,” Rossdale explains. To him, ever since, it’s never been about “fitting a sound or fitting a moment. I just don’t feel any of that. Maybe in the past,” he concedes. “But I feel like we’ve always had to work for what we have. We don’t take anything for granted. We’ve never had any kind of particular free ride. That’s a healthy thing.”

With The Kingdom on the horizon, yet another chapter in a multi-decade career is set to unfold. And Rossdale is feeling undeniably gratified. “I have an incredible life and I have scaled huge walls of music and done so many amazing things,” he notes proudly. The best part for Rossdale? “I’m still right in the middle of it.”